How to Prepare Butternut Squash

Butternut squash is probably the easiest winter squash to prepare. I avoided it for a long time because I thought it had a hard outer shell like spaghetti squash which I have filed under “not worth the work”. When you cut it open. the flesh is bright orange and smells a little like cantaloupe. Whether you’re roasting it for soup or sauteing it for a salad, learning the proper way to prepare it will make it much easier to deal with.

Cut it, Peel it, Slice it

Make sure you have a really sharp knife. Cut the bottom and top off so that it’s flat on both ends. If this had been a large squash, I would have cut it in half horizontally right above the bulging bottom part too. Since this one was a little guy, I peeled it as is. I used a knife but the shell is soft enough to peel with a good vegetable peeler. 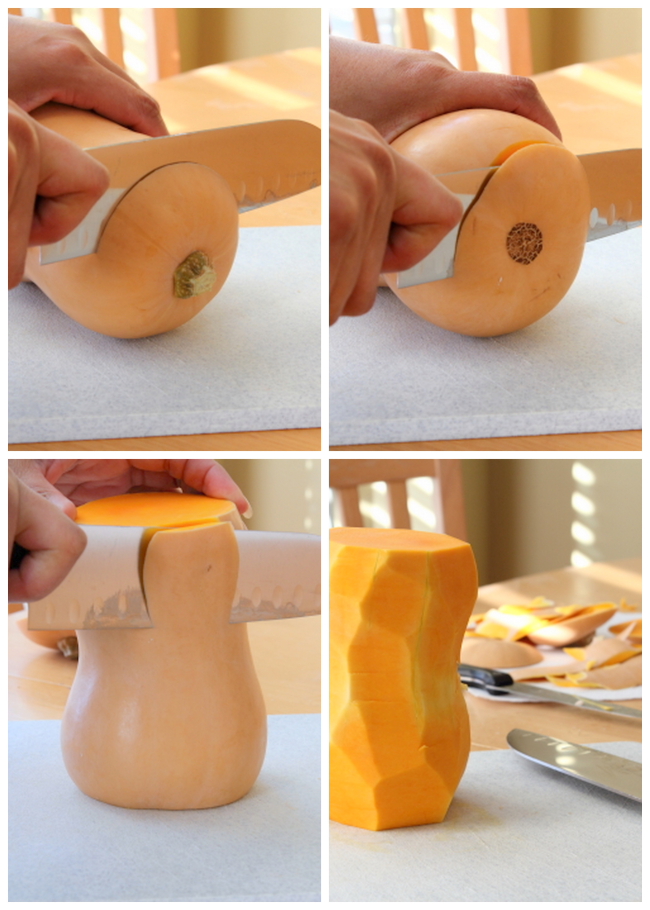 Cut it in half and scoop out the seeds. Slice the halves lengthwise and dice slices into 1 inch chunks. Now it’s ready to be used in whatever recipe you choose.

I was hesitant about adding this recipe to the blog because it’s truly a “throw together” recipe. I had some really good sour dough bread and some leftover squash that needed to be used up. The great thing about dressing is that it’s flexible so you can throw in whatever you have. The bread to broth ratio is totally up to you so don’t bother trying to measure them. I always thought it was silly to measure diced bread cubes. I like my dressing a little drier than some so I add broth just until the bread is damp but not saturated. My mother liked her dressing much denser so she would add liquid until the bread was saturated and kind of soggy. Make sure you saute your veggies or you’ll be chomping on crunchy celery. 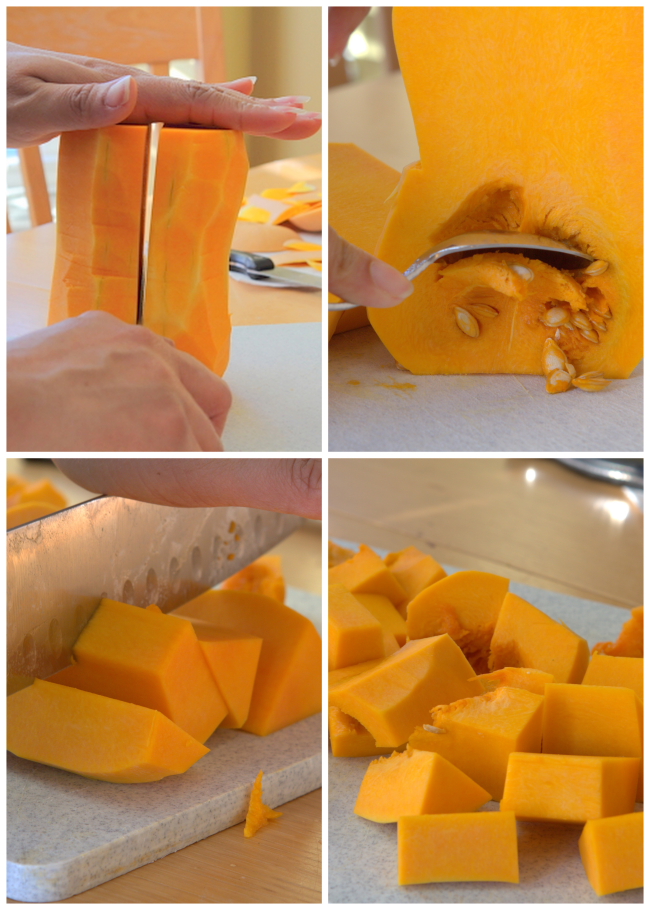