Posted by jfoster on Aug 27, 2012 in Dessert, Favorites, Featured, Recipes | No Comments 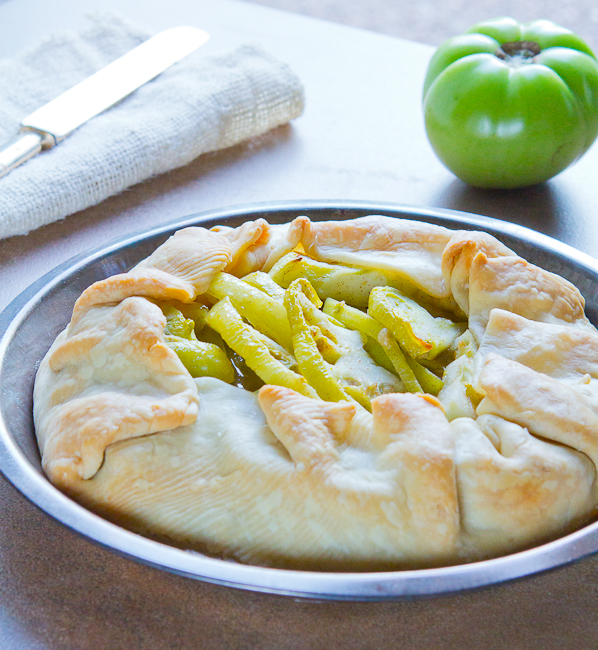 Sometimes I see a recipe that I just have to try because it sounds completely amazing. I heard about this recipe on KCRW’s Good Food podcast. Evan Kleiman is a pie a junkie like me and every year she does a Pie a Day Contest. She even has a Pie a Day App. She did an interview with Adrienne Kane who wrote a book called United States of Pie

and this one of the recipes they discussed.

Maybe I’ve been living under a rock, but I had never heard of green tomatoes being used in a sweet pie. I’ve always thought of them as more of a savory ingredient. When  she said it tastes like an apple pie, I was sold. Think about it – apple pie taste without all of the peeling. I went straight to my Nook Color

and downloaded it. What a cool book. It has pie recipes from all over the country divided by region. Some of them are old favorites but there are a ton of recipes for pies that I’ve never heard of like Concord Grape Pie and Chipmunk Pie. That Chipmunk pie is next on my to do list. I’m trying to pace myself.

This cookbook isn’t one of those big glossy books with tons of pictures. It’s all about the regional histories of the recipes and the food, which I really like. My tastes in cookbooks have really started shifting to cookbooks with more substance  than style. I can sit and read a good one for hours. This book actually inspired me to add a cookbook library to my blog with all of the cookbooks I’m really into right now. 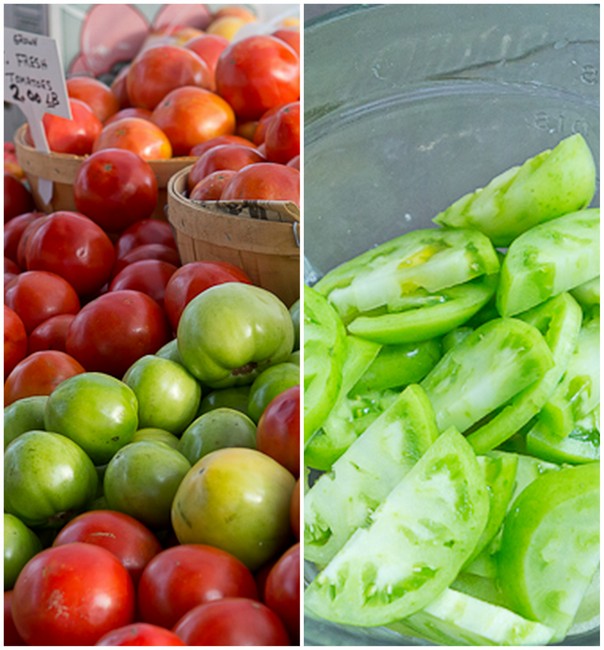 This pie came together really fast. It’s a no fuss recipe that really does remind you of an apple pie. The flour and cornstarch make a great thickener but you still need to careful with the amount of liquid in the tomatoes. After I cut the tomatoes in half, I took a knife and removed some of the seeds. I didn’t remove all of them because I wanted a nice juicy thick filling. My version of this recipe is a little smaller than the recipe in the book and much more rustic. The original recipe is a traditional two crust pie and she gives you some great options on crusts. I used a store bought crust to cut down on prep time. 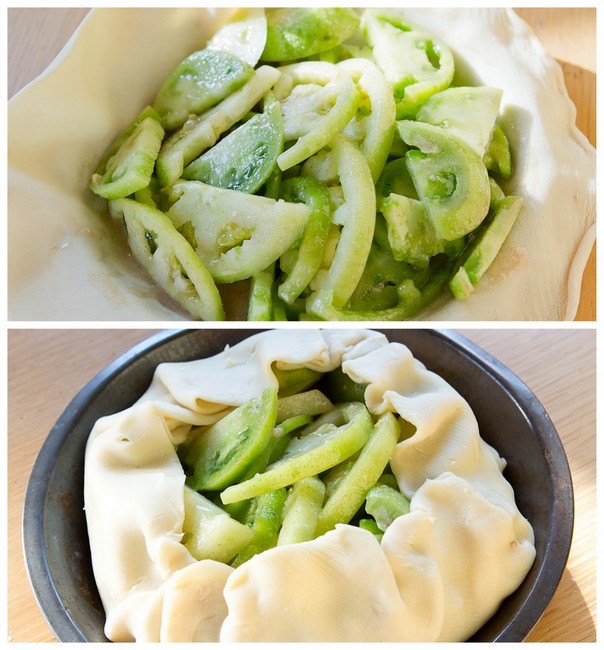 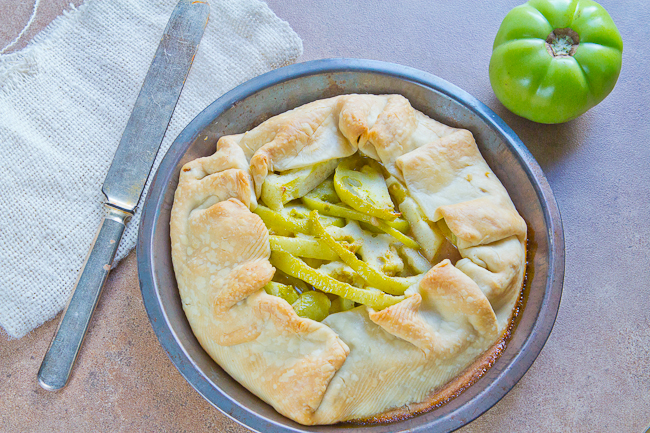