How to Make Cornbread Dressing

There are only a handful of dishes that define holiday dinners in the south and cornbread dressing is one of them. There are a million different variations but when you get down to the core, the basic recipe is pretty much the same. Sauteed aromatics, crumbled cornbread, spices, and a moistening agent. Once you get the basic idea down, there are endless possibilities.

This recipe is a pretty basic one. The only extra I added was the sausage because the sage in the sausage adds another layer of flavor. I actually used hot breakfast sausage to add a little extra kick. Also it occurred to me that I could by pass dirtying up a bowl and a baking dish by mixing everything in the skillet and popping it in the oven. If you don’t have a huge skillet, feel free to use the traditional method. I’ve included directions for both ways below.

A few notes on dressing: 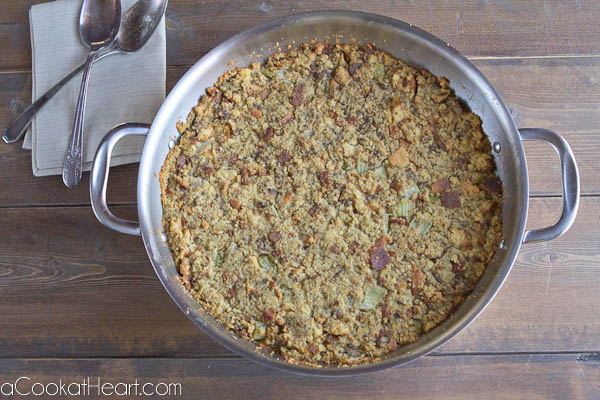 How to Make Corn Bread Dressing 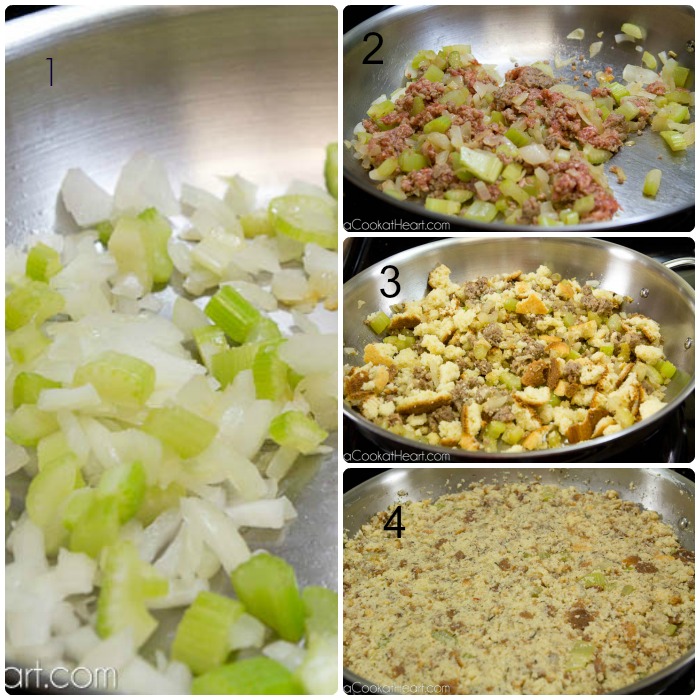